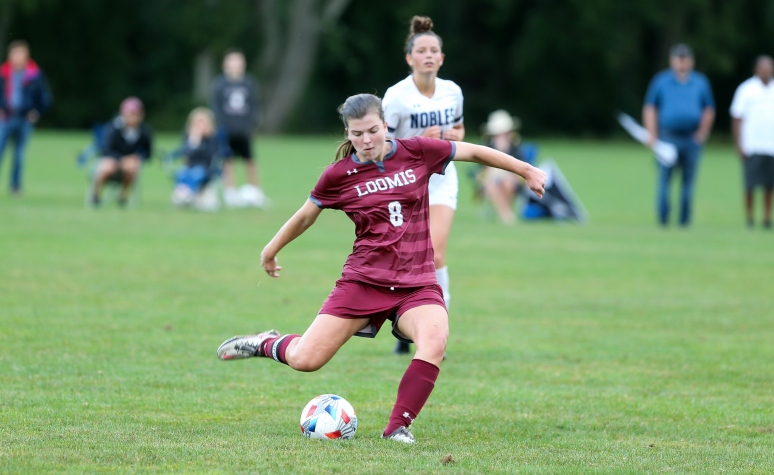 Defender Sofia Preuss and Loomis Chaffee have been playing well this fall. (Photo by Stan Godlewski)

Seasons are reaching and passing their midpoints in New England prep school girls soccer, which means the games are getting more meaningful, and league and NEPSAC tournaments are coming into view.

In the Founders League, the contenders are beginning to play head-to-head games and knocking one another off. All have taken at least one hit except Loomis Chaffee, which is unbeaten through six games.

In the ISL, the pace is being set by Buckingham Browne & Nichols and Lawrence Academy, neither of which has suffered a loss.

Where do those teams sit in our power rankings? Here is a look at the regional top 10. NEPSAC Girls: Why Maggie Warner is a major presence for Pingree