There are more than game-to-game results in the Development Academy, but Beachside's collective performance at the recent Winter Showcase in Lakewood Ranch, Fla., speaks well to where the club stands following the fall season.

A combined 2-2-2 against clubs from throughout the country, Beachside's (Norwalk, Conn.) older teams – U-19, U-17 and U-15 – are roughly midtable or higher at the season's halfway point.

"I think it’s been a great success," Melitsanopoulos said. "People gauge that differently, but the best thing I can say from our three oldest age groups is the guys are taking ownership of the teams. They’ve stepped up and imposed themselves on games." 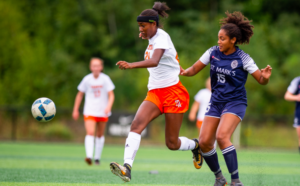 The page has officially turned to club and Development Academy soccer, but there's still time to look back upon the prep school season that was.…
Read More After middling with a .500 record for the better part of a decade, the University of New Hampshire has gone 47-20-10 through head coach Marc…
Read More
Advertisement