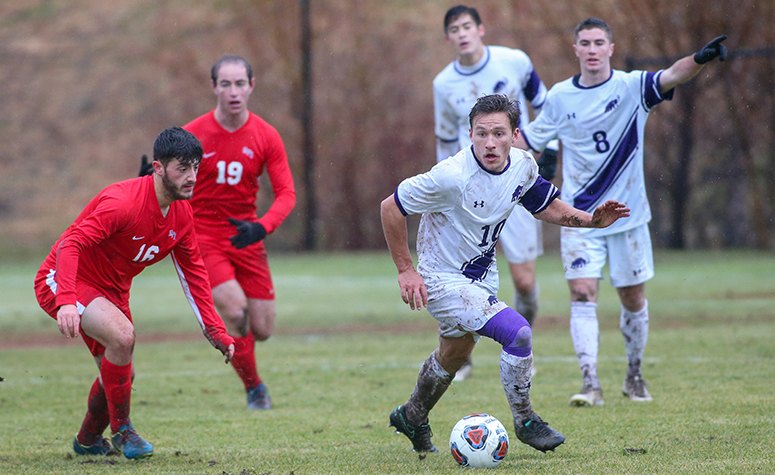 For the third time under head coach Justin Serpone, the Amherst men’s soccer team has booked a spot in the Final Four.

This go-around, the Mammoths (18-1-2) have held onto the No. 1 national ranking since mid-October and finished atop the NESCAC standings for the first time since 2016.

Now, as a national semifinal against Centre awaits on Dec. 6 in Greensboro, N.C., what’s propelled Amherst to the doorstep of another national title? As Serpone tells it, the emotional pulse of the group has been their compass all season long.