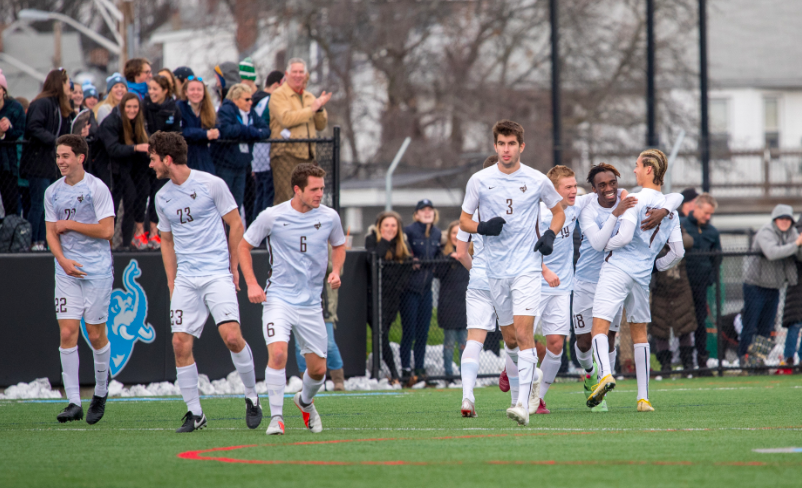 MEDFORD, Mass. – Little separated Tufts and Amherst in the first half of Saturday's Sweet 16 game.

The Jumbos (15-0-3) found some success playing into target forward Joe Braun's feet, while the Mammoths (14-5-1) lofted flip throw-ins, corner kicks and crosses into the 18-yard box. However, a breakthrough at Bello Field was lacking, so the first-ever postseason meeting between Amherst coach Justin Serpone and Tufts coach Josh Shapiro entered halftime scoreless.

The resulting message from Shapiro, who guided Tufts to national titles in 2014 and '16?

"It was continue to do what we're doing," he said. "We were in pretty good standing. We just had to simplify some things and trust each other to keep passing the ball." Steven DeLeo comes up clutch for Colgate when it matters most

Before arriving at Colgate, Steven DeLeo had never truly sat on the bench. Much to his chagrin, that was the situation he found himself in…
Read More