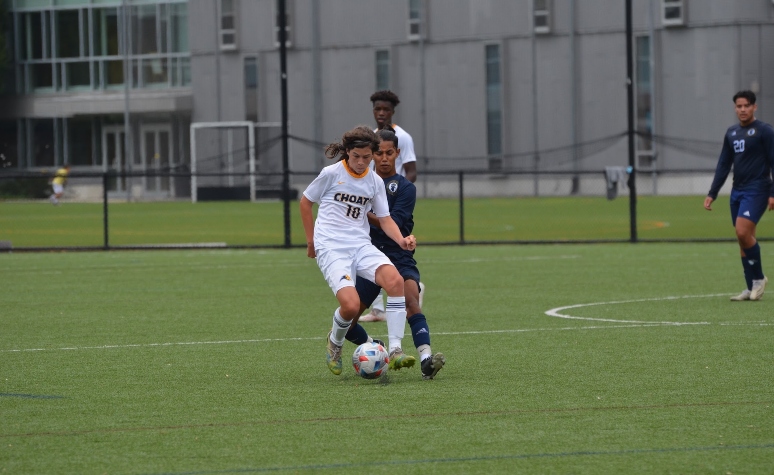 Choate's Nico Mangiafico looks to turn on a defender. (Photo by Ramsey Scott)

When you zoom in and put the focus on NEPSAC Class A and Class B, you’ll find programs that could compete with the best squads in the country.

Each team in this year’s tournament has an abundance of players capable of taking over a game or leading their side all the way to a championship on Sunday. With that said, we highlighted 10 players in either the Class A or B tournament who have what it takes to be impactful this time of year.

Here are the players who just might define their NEPSAC Tournament, which begins with the quarterfinals on Wednesday.