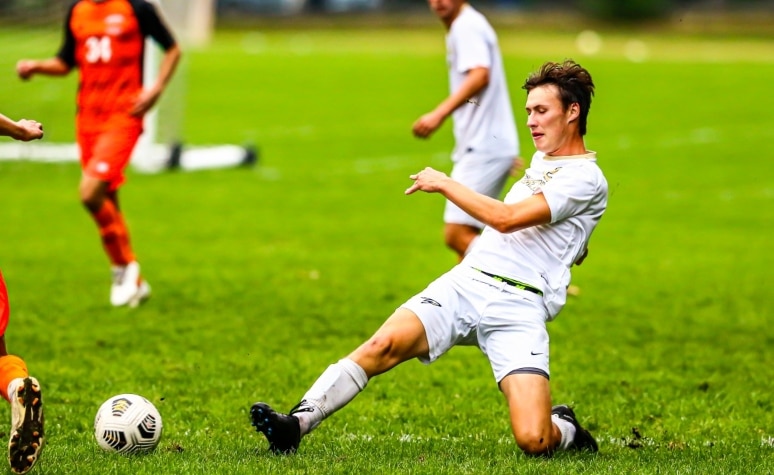 Needham's Campbell Keyes slides for the ball during a game this season. (Brian Kelly/NESJ)

Every team in each division has been given an overall rating based on what they have accomplished to this point. Contributing factors are average margin of victory (capped at +/- 3 goals for any one game) and the average of a team's opponents' overall ratings. When you add those two scores, you get a team’s overall rating.

Here is a look at the top five in all five divisions in Massachusetts boys and girls high school soccer. MIAA Boys: Massachusetts teams to watch in the 2022 season