The Division 3 path always seemed to make sense for Jay Fitzgerald (Wakefield, Mass.), it was just a matter of where he’d end up.

Now, the Class of 2020 midfielder has committed to play at Trinity (Texas) after his time at the Groton School and with FC Stars wraps up.

Under the guidance of longtime head coach Paul McGinlay, the program out of San Antonio, Texas, has made 18 straight NCAA tournaments. They won a national title in 2003 and are regarded as the preeminent Southern Collegiate Athletic Conference team. 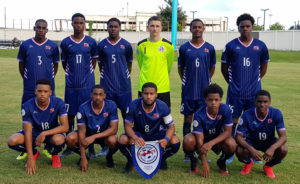