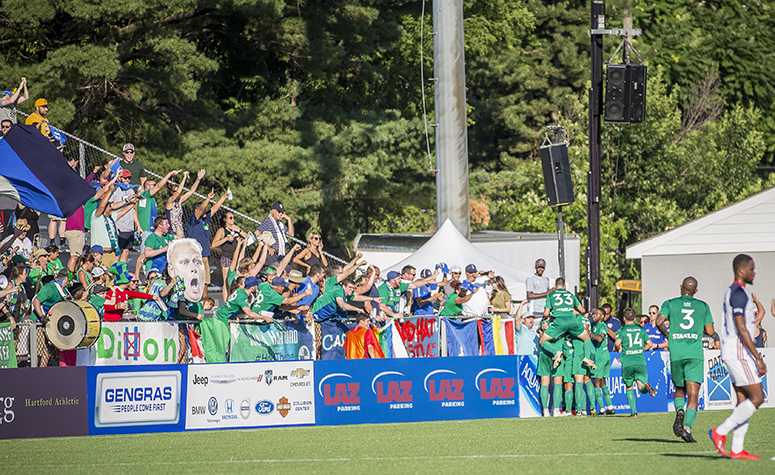 Back on March 11, when Hartford Athletic postponed its first two home matches of the 2020 USL Championship season at Dillon Stadium, new CEO Jim Burda had officially been on the job for under two weeks.

The COVID-19 pandemic, which has since forced America’s second division to suspend its season beyond mid-May, was in its infancy. Social distancing, flattening the curve and personal protective equipment were phrases that were barely in the public lexicon.

Still, Burda and ownership felt the need to act quickly. Hartford Athletic midfielder Tyreke Johnson: “You have to ride the storm” Alfonso Vazquez: How his path could impact Connecticut soccer