In a world of youth sports that often centers around results and scorelines, he finds it useful to take a step back and examine the different layers.

“We’re consistently sending a few teams to the top flight at nationals, but that’s not the be-all end-all,” Micros said. “We’re trying to find that balance. If we can place kids into good programs academically and athletically, that’s the ultimate goal. But learning to compete is going to prepare them for that next level, too. It’s not easy to make those two come together.” Aside from league play, one of the biggest opportunities for a club soccer team during the spring is winning a State Cup title. This past…
Read More 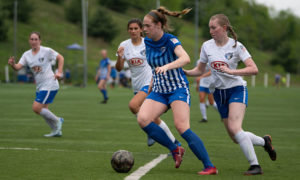 When a Development Academy season begins in early September, the Summer Playoffs aren’t all too present on the minds of coaches and players. The events…
Read More