After a three-month hiatus, official Development Academy games are back in New England.

Teams took to fields around the region over the last two weekends, and we were on hand to capture some of the action. Be sure to check out our photo galleries from the New England Revolution and Boston Bolts meeting at Gillette Stadium, as well as one from Seacoast United hosting Beachside in Epping, N.H.

Aside from those frames, we took stock of how clubs have fared two weeks into March. There's plenty to sort through, with standouts already staking their claim. Guide: Every USL Championship player from New England to watch for in 2020

The start of the 2020 USL Championship season is right around the corner, with games getting underway this Friday. While New England is only home…
Read More 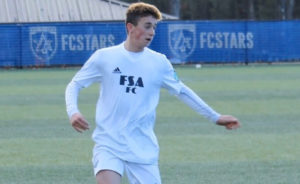 Boys ECNL: Who will represent New England at the CSP, SuperCup?