Fond memories papered over the long, slow demise of the Boston Breakers. The goodwill constructed over the course of three leagues and the better part of this century always influenced the view of the present. The troubling signs appeared upon careful (and sometimes cursory) inspection, but those recollections always governed.

Even as the Breakers’ professional team ceded its place ahead of the new NWSL season — announcing in late January that the club would fold after a final attempt to rescue the founding franchise with a potential buyer fell through — the enduring impressions recalled those high points and the stars that provided them. 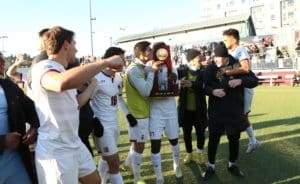