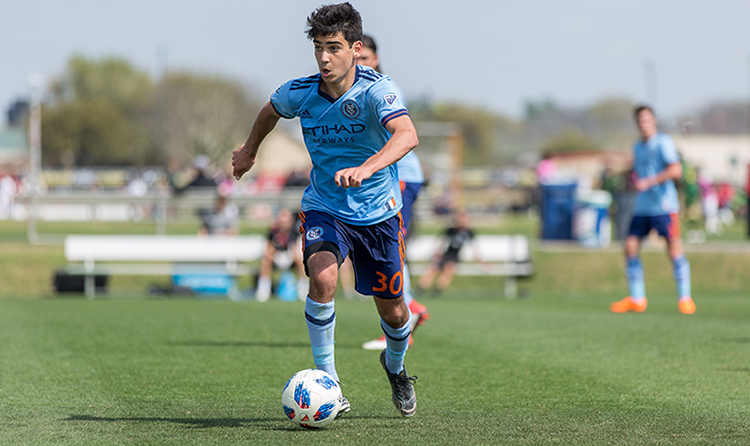 Andres Jasson, a Greenwich, Conn., native, plays for the NYCFC U-19 team. (NYCFC.com)

A new era for the U.S. U-17 men's national team is here, as head coach Raphael Wicky has named 26 players for his first camp in charge of the group.

Wicky, formerly the manager of perennial Champions League club FC Basel in the Swiss Super League, has called in one New England native. That player is New York City FC U-19 winger Andres Jasson (Greenwich, Conn.), who will be joined by three of his Development Academy teammates.

The camp will be Wicky's first chance to assess his team before Concacaf qualifying for the U-17 World Cup begins next month in Bradenton, Fla. That's when the U.S. will face Canada (May 2), Barbados (May 4) and Guatemala (May 6) in group play as they aim to qualify for a record 17th U-17 World Cup. This year's event will be hosted in Brazil at a to-be-determined date. The first month of the USL Championship season is in the books, and a dozen-plus players with ties to New England find themselves in key…
Read More FC Stars standout Payton Linnehan part of US U-23 roster